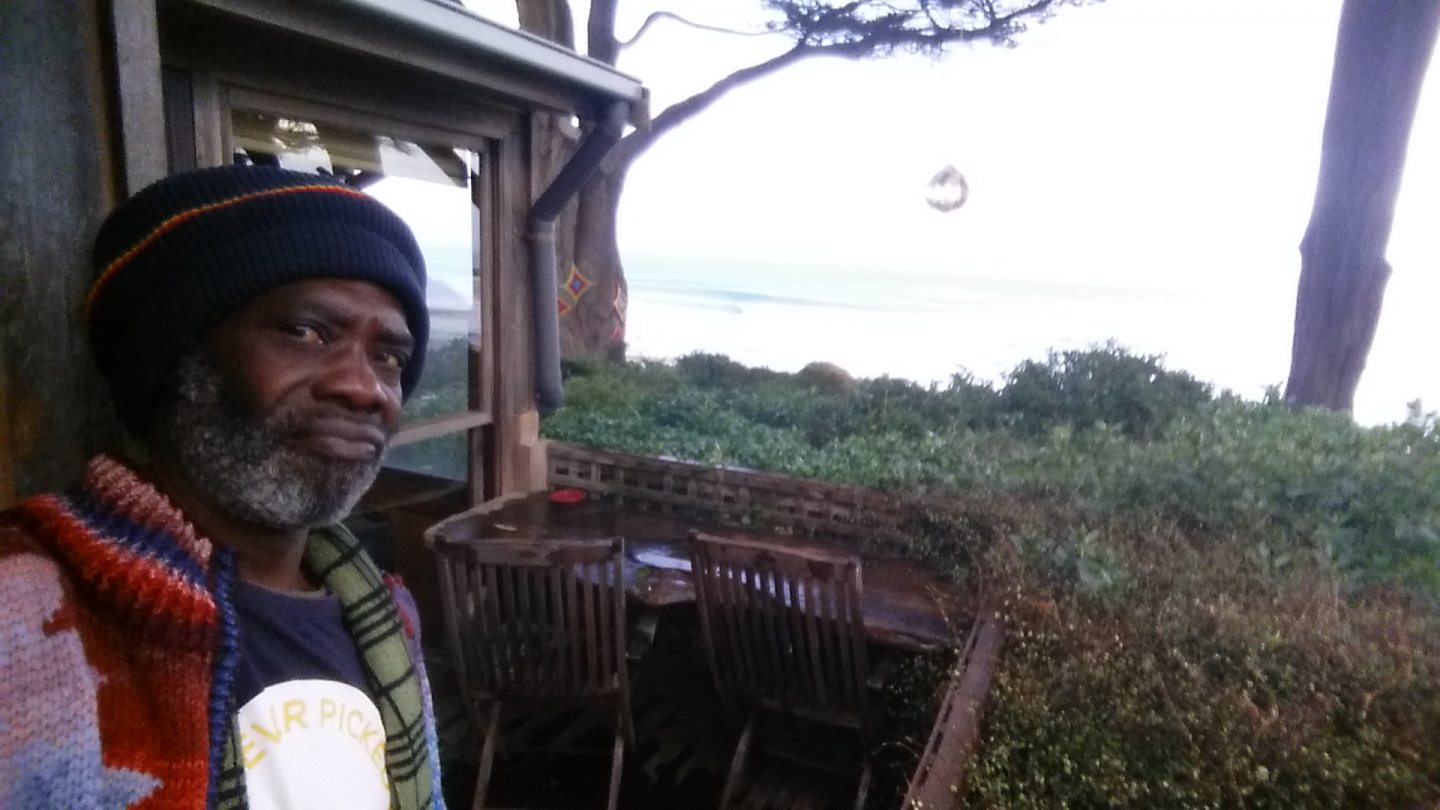 This original recording of the song Babylon System Stinks has recently been unearthed and released by accomplished musician, composer, and singer Larry Maluma.

The Zambian born artist had just embarked on a solo career when he relocated to Australia in 1985 after performing in high profile bands in his home country.

This path has led to Larry being someone who has broadened the cultural perspective of the land he has relocated to. In 2015 Maluma was celebrated by his home country; receiving a Lifetime Achievement Award for his contribution to the arts.

So you can understand the sentiment in this newly unearthed track that appears to feature what might easily be mistaken for a sample of a historic event unrelated directly to the artist. Upon listening a few times though, you might hear the dialogue between Maluma and an officer of an unknown police station back in 2004.

The way in which this systemic authority can play out can be very problematic indeed. Especially when one evaluates the perceptual biases that exist and the misunderstandings that can occur between individuals.

Three lots of two down-strums on an electric guitar can be heard with percussion before a recording begins playing:

Larry do you agree that the time is now 1:21pm on the clock there?”

With that one word response so much can be understood from this tape recording, and we the listener are invited into a journey of perspective from the revered artist and cultural icon Larry Maluma.

We do not know the full details of what has happened, though throughout the track you can hear more sections of the recording including a later question from the officer about the alleged damage.

Larry Maluma has decided to release the details and the message from the rest of the song is clear.

Culturally, there is much that we can learn if we choose to be open and to listen.

Larry Maluma is not the only artist to refer to this system as ‘Bablyon System.’ In fact, I am discovering that it is not just recording artists referring to Babylon System. From what I can see, this is a phrase that is commonly understood by some. Let’s take a moment to recall 1979’s Babylon System by Bob Marley and the Wailers.

Perhaps Larry Maluma’s story and reflection on this Bablyon System is best explored in relationship to Marley’s; did Marley pave the way for artists to express the system as the problem with this combination of the two words?

From what I can see, within the broader genre of music with african roots, there is a shared perspective on the Bablyon System. Perhaps this goes back to Bob Marley and the Wailers? Perhaps even further back culturally?

This is one thing this writer can’t be sure of, but if you do have the answer to this question, feel free to educate me on this one.

Before getting into Larry Maluma’s Babylon System Stinks (2004/2021) lyrics below, let’s also reflect on the lyrics of Bablyon System (1979) by Bob Marley and the Wailers as a historical precedent.

I encourage you to read the lyrics below for each song and come to your own understanding of both of these significant cultural works.

Babylon System Stinks is one of three tracks released as a new EP which also includes Bush Doctor/Traditional Healer and is available as a CD or mp3 via Larry Maluma’s website store where you will also find past albums and merchandise.

We refuse to be

What you wanted us to be

We are what we are:

You can’t educate I

For no equal opportunity:

Yeah, we’ve been trodding on the winepress much too long:

Yes, we’ve been trodding on the winepress much too long:

Me say: de Babylon system is the vampire, falling empire

Suckin’ the blood of the sufferers, yea-ea-ea-ea-e-ah!

Me say them graduatin’ thieves and murderers

Look out now: they suckin’ the blood of the sufferers (sufferers)

Come on and tell the children the truth

Come on and tell the children the truth

‘Cause – ’cause we’ve been trodding on ya winepress much too long:

And we’ve been taken for granted much too long:

We’ve been trodding on the winepress much too long – ye-e-ah! (rebel)

Of our Father’s land (rebel)

We’ve been trampled on (rebel)

Some police officials are corrupt and that’s why

Now we know why

The government shit-stem stinks and that’s why

Now we know why

Now you know why